Europe from Above – Impressive Photos taken from Airplanes 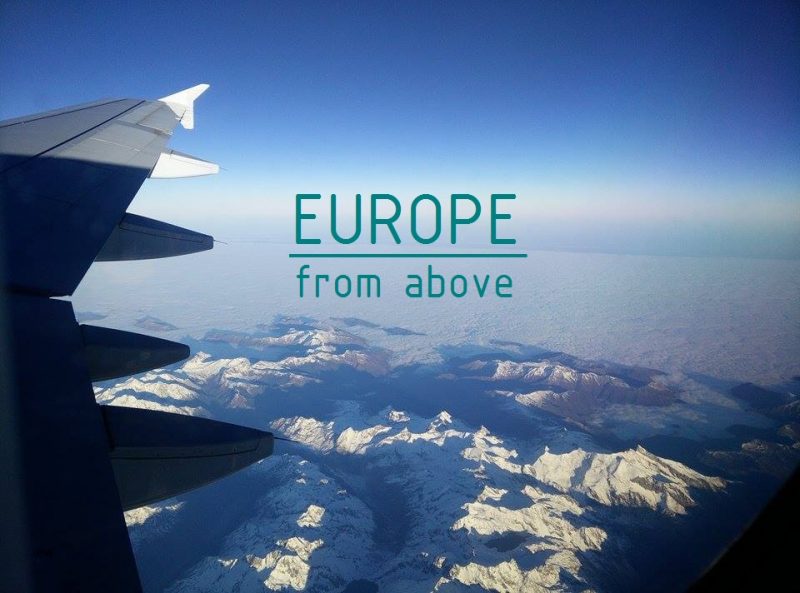 There is this need in me! A need to always sit on a window seat and lose myself in the landscapes of what our beautiful world has to offer! I don't need any movies on the flight if I have a window! I have asked a couple of fellow travellers to share some of their favourite photos from their window seats! Here we go!

I took this photo when I had booked a last-minute journey from Oslo to New York to visit my grandfather as he was hospitalized and going into his last days.  My layover was in London and this entire journey was dreadful as I knew I wasn't going home for a good reason.  As we approached London, I was woken up by announcements and gazed out the window to this view.  Something about this photo still resonates with me.  I think it was the only time I put a smile on my face throughout the three-week journey.  London has never been one of my favorite cities.  My boyfriend is actually British and from outside of London and I have yet to see the city with him.  I think this photo, and his ability to show me the city properly will make me fall in love with the city finally.

This photo was taken as I was landing in Svalbard in the Arctic Circle.  I was headed to Longyearbyen, the world's northernmost town at the end of May.  I wasn't sure what to expect other than polar bears, ice, and clean air.  As my plane was landing, I discovered I was sitting on the ‘wrong' side of the plane for views.  Maybe I was.  But if my landing views are of this, I don't think they are too shabby!  The trip ended up being the trip of a lifetime and I can't wait to go back and share this place with someone special one day.

From Munich to Stockholm

Don't you just love the feeling of total freedom? I am at total ease when I am above the clouds! If I could I'd chose flying as my only means of transportation.

Those two pictures were taken on a recent flight from Munich to Stockholm when I was en route to the Ice Hotel in Jukkasjärvi. It was my first flight on Norwegian and I have to say I am impressed! Having WiFi on board was rather cool and the amazing view of Munich and the stunning sky made the flight even more perfect!

As we were leaving Paris, we were looking out the window and managed to snap the stunning Eiffel Tower. This is one of those structures that was better in person than we thought it would be, and it was lovely to see it again as we left.

While flying isn't my most favourite pastime, the amazing views make all the anxiety worth it. This picture of the Greek Islands was taken on my way to Athens for TBEX last year. They looked so idyllic and exotic, which made the torrential rain of Athens a lot harder to bear!

The pictures of the Alps as we took off from Innsbruck last week were sensational. Apparently commercial pilots need a special license to take-off/land there because it involves so much skill to manoeuvre planes around the mountains.

This very photo is the very first impression I had from Scotland! Oh what a stunning and diverse country! All those different things to explore! Ranging from the magical Edinburgh to the jaw-dropping highlands all along to the many Lochs to be found all around and huh – not to mention the ancient castles!

Spain has been my home for almost a year and I travelled all over and loved every second. Now if I fly over my ol' home I get melancholic and wonder how my friends are down there.

This March I took place in the first Tenerife Walking Festival and we climbed upupup the Teide – which is Spain's highest mountain! What a view – as elegant from the sky as it is at the peak!

This winter my travels included a flight from Madrid to New York JFK and we flew over the edges of Europe that happened to be Portugal in my case. I loved the epic coast line and I think I might have spotted a view cities that I have been to before.

I hope you got some inspiration from that!