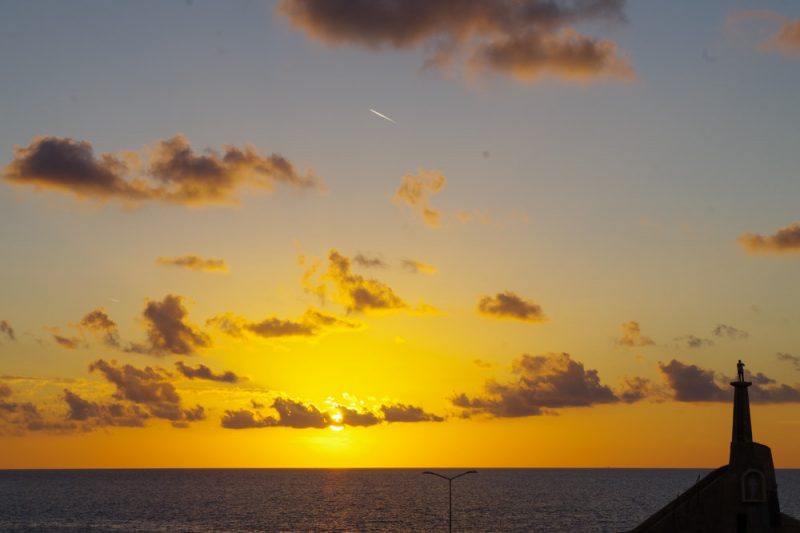 How to spend a successful day in Gozo, Malta

I just had the greatest day in Gozo, the 2nd biggest island of Malta! We arrived by ferry in the morning and had a great view over the south part of the island and Comino, the third main island of Malta inbetween Malta and Gozo, while passing it.

The first stop was at the Ggantija Temples, pretty close to the harbour. The temples were built in the stone age and stories tell they were built by giants because there was no other explanation how they were able to transport such huge stones. Sounds familiar? It is true, the temples are like the maltese version of the Stonehenge, but they are even older! Did you know that there were already sights of astronomy found there? It seems as if they were pretty advanced back then.

Afterwards, we did a short hiking tour along the streets and the coasts of Gozo. Did you know that Gozo is about a quarter of the size of Malta, but while 400.000 people live in Malta, only 30.000 live in Gozo. Therefore Gozo is way less crowded, has more peaceful places and is perfect to be discovered by hiking!

Along our way we found the Maltese Jesus – besides the one in Rio de Janeiro there is also another one in Lissabon. Apparently Malta has their very own Jesus on a small hill. We were told this one is a very attractive target for lightnings. Gladly, it is made of a material that is quite heat-proof.

You can actually hike almost around the whole island if you have enough time and energy – which is absolutely worth it because there are so many different coast formations along the seashore. Also, you will probably discover many small bays where you can go for a swim inbetween.

When hiking along, we passed Xwejni Bay with the popular Salt Pans that existed over 2000 years and are still used for producing salt by a local family that passes the art of making salt from generation to generation. I tasted it and it was almost sweet – quite different from the salt I am used to, but still very good.

When visiting Gozo, you should never miss the Azure Window. On windy days, you get a stunning view of the archway withstanding the forces of the water. And on calm days, you can dive directly in front and even swim through the Azure Window. So be prepared to take your bathing suit with you – even in the middle of autumn it was warm enough to swim there!

On the end of my great day, we had to take the ferry back quite early because in autumn there are not that many ferries. But this gave us the possibility to watch the sunset on the deck of the ferry – a great ending of a great day!

Note: I was invited to explore and enjoy Malta by the Maltese Tourism Office. All views and opinions however, are mine alone.