That moment in … Australia – A Journey to my End and Back 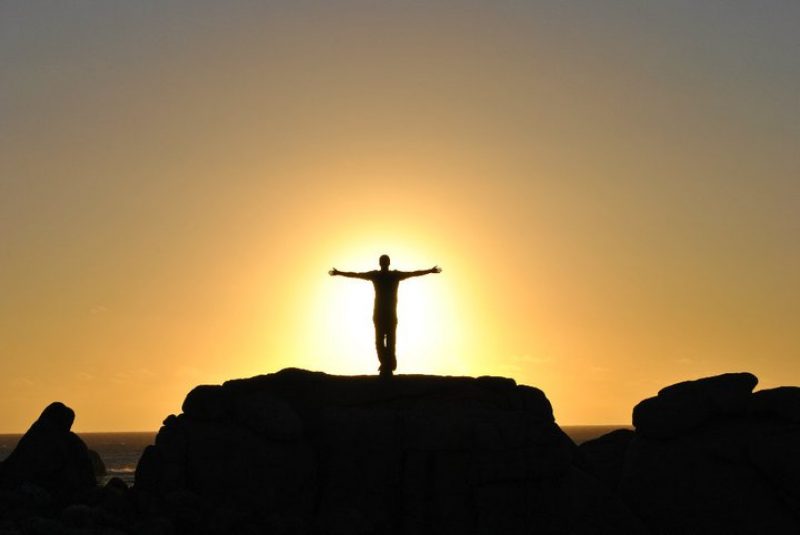 Australia is one of the most outlying continents in the world and to be honest, not without a reason! The country has a size of about 7.5 million square kilometres and at the same time, it’s only inhabited by about 23 million people plus 6 million tourists per year. This results in an average of 2.5 people per square kilometres which is compared to Europe`s 98 p/km² pretty deserted. Some people would say it must be lonely there, but for me it was this enormous and inconceivable dimension combined with the wide untouched landscape that cried for me so long!

When I was 19 I decided to go there! After a year of heavy working and far less sleeping I started my dream.

My travel partner Nina and I, were on the plane and took a journey of 38 hours from our house in Leoben, Austria to the house of my relatives in Perth, Australia. We arrived there on 13th of December and stayed for 3 weeks. All in all, those weeks were pretty many holidays for us. We had people who paid for nearly everything we needed, we always had a driver or a car to get around and of course we celebrated an awesome Christmas full of new impressions. Although, what happened in those 3 weeks is worth to tell, it is not the story I want to share! That adventure began when we got into the plane in Perth that brought us to Uluru, the Ayers Rock in the Northern Territory in central Australia.

From now on it is important to understand that we financed the whole trip by ourselves and retrospective I know that we were insane to go to Australia with that little money. Maybe it was this circumstance that taught me so much in that time.

Back at the Ayers Rock! The second day we were there we got up at half past 4 in the morning to do a sunrise tour to Uluru, followed by a 10 km walk around the majestic rock. 8 litres of water later it was definitely worth it! Although you know the marvellous Ayers Rock from pictures and stories, the feeling you experience when you see it, touch it and feel the warmth of it, is far beyond comprehension.

After a while, during the hike, Nina went ahead and I stayed back because my feeling told me not to leave this place too soon. I came across a part of Uluru, that is holy for the Aborigines and so they ask you not to take pictures, so I didn`t. But I did sit down on that place, down on the rock to experience it more intense. And as I sat there in the shadow, with my eyes closed, surrounded by thousands of kilometres of landscape, I realized: “This is literally a fucking huge stone!!!”

I touched the rock with my hands and it felt warm and save.

I questioned myself how it must be to be this rock and how “he” feels about all the people around him. Those who honour him and the rules and those who don`t. There is a nice fairy tale from the Aborigine that every piece of everything belongs to this landscape and if you take something away, you will be hunted by bad luck until the part comes back. And without kidding, in the cultural centre is a map with hundreds of so-called “sorry letters” where people sent back the parts they have taken away and apologize for doing so. Interesting to mention is, that about half the people really believed that they were hunted 😉

I sat still at that point and felt the rock, the wind and the sun. Everything tied together and I experienced my first moment of feeling absolute freedom in this gigantic country that seems so scary and wild. I talked a little more with the spirit of this majestic land, but after a while it was time to move on!

Later that evening Nina went to bed pretty early but I was so hungry, I decided to go into the kitchen to look for something. Since shops at the centre were ridiculously expensive, all I had left from my relatives was a small can of tuna. Not the world but a little something! I found a left bag of noodles (the last one) and I started to cook them but I did not realize that the pot was broken. The moment when the noodles were finished I wanted to take them of the gas but unfortunately the pot roll over and all the noodles fell into the grid of the oven. I was devastated and still horribly hungry, so I took them out, washed them again and ate it! Why? Because the alternative was being hungry!!! This was the first lesson I got thought there, be happy with what you have!

The days went by and we arrived in Cairns, northeast Australia, where we hired a Wicked Van. I have to admit it was a panicked reaction and the woman at the station was really convincing so we hired the van with about half of all the money we had left. But once more, it turned out to be the perfect decision.

So we started our trip in Cairns on 9th of January with a van called “Hi Hi Puffy” that counted nearly 400.000 km and had automatic transmission.

Not only to mention that they drive on the left side of the road in Australia, but also the switches for indicators and wipers are mixed up. So it happened more than once that in stressful situations the wipers went on and not the indicator 😛

As mentioned earlier the days still went by and our life in our new home became a daily routine. In the morning we got up at about 8 am and had porridge cooked in water with some sugar. It was very cheap, easy to make and a lot of energy so we ate it every day, and to be honest, we haven`t had any other choice. We had a cooling box, which is called “Esky” in Down Under, but ice was far too expensive so we only could transport food that would not spoil like rice, noodles and can food. Usually this was the whole meal for the day because for lunch we just had a cup of the cheapest coffee we could find and ONE peanut butter bread. Only the evenings were a little more luxurious! There we had a small bowl of rice or noodles with corn, peas or beans. It was less but as I said, we learned to be thankful for what we had and we started to pay the price willingly for hundreds of special moments. But food was not the only limiting factor. We also had no internet, no possibility to charge phones or mp3-players. Most of the time it was just us, the road and the landscape! Sometimes we had a good radio 😉

Now I want to tell you about one of my most special moments on that trip. Since we were mostly just the two of us we had a lot of time to talk. We talked about what bothers our souls and then we had time to think about everything.

On one day something amazing happened. It was the 8th of February! I woke up at about 5am, realizing I was too awake to fall asleep again. So I sneaked out of the car and went down to the beach with a bottle of water and my camera. I was ready to continue thinking about my life and to be honest, although I might wanted I couldn`t have stopped. But this day I watched at the sea, the waves and felt the sand in my fingers. I realized that there is nothing more to think about! I saw everything so clear because I thought about every decision I ever made and asked myself why! Why I did the things I did and what I felt about it then but also what I feel about it now. So I went a step further and set all my targets, my milestones and decided to achieve them no matter what comes. In the end, I ended where I back then decided to go!

This morning was a changing point for me because from that time on I experienced my adventure in a different way. I stopped looking forward on the road thinking about what could come and started looking left and right. I stopped “the car” and decided to walk the rest so I could see more detailed. To this day, I can rebuild every day from that day on because I felt so much more stressless, speedless and in fact totally save and secure.

The trip ended in Sydney where we decided to live better. We went out for Mardigras and had a beer in the sky bar of Sydney. We had pizza more than once and I went to the largest cinema of Australia to watch tron legacy. We were also very glad to be able to switch on the lights when we wanted and having wifi when needed. Even though the modern things were appreciated a lot, the feeling and freedom of showering when we wanted to was awesome!

All in all this adventure tool as more than 3 months including 8 flights, 5500 kilometres in our car and a total way of about 50.000 kilometres. It took me everything I had to go there and I found something a thousand times more precious. I found a little piece of the puzzle that is myself.

Matthias went to Australia in 2010-11 and this completely made him see the world and himself clearer. He knew what he wanted to do with his life. He travels often to listen to his inner voice. He interrailed across Europe and right now he is on the Canary Islands for an internship! He loves surfing – as you can see on the photo 🙂

Update: Matthias runs his own blog too – about all things boards and men lifestyle. Check out his Power Blog!