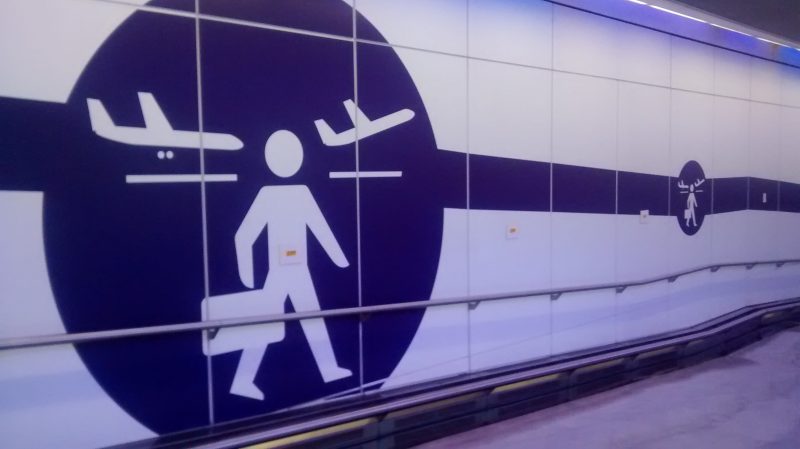 Hi there my fellow Wanderlusters,

As I’m writing this I’m sitting in a crowded and for my taste too loud Heathrow Airport in London waiting for my connection flights.

More than 24 hours travelling to get to the first stop of my two-month trip!

The weather was great today and we flew over the centre of London and I was able to take those great shots from above:

Soon I’ll board the plane that will  take me to JFK. I’m not going to stay there any longer than a few hours (plus I’ve been there only last week), but continue my >24 hours journey.

Where am I going next?

The provinces of Ontario and Quebec, Canada!

What will I be doing there?

To be completely honest – I have no plan. All I got is a hired car for about 11 days and a vague idea of what I don’t want to miss out on: mainly the national parks and cities ranging from Quebec City to the Niagara Falls.
I didn’t plan a lot on purpose (and because of some lack of time). I want to enjoy this trip the best way possible. I don’t want to run from one thing to another. I prefer seeing less and soak up every moment rather than – well see everything, but not see anything. You know what I mean right? I know I’ll be back some day, so there’s no hurry for that, and some things are best left to imagination.

After two weeks in Canada I’m so much looking forward to the main reason of this trip:

I’m going to do another scuba diving course and get certified as a Dive Master – meaning I can teach partial dive courses.

And where do this any better than in Mexico?! 🙂

I’ll be going to the peninsula of Yucatán – did you know there is the second largest reef in the world (after the Great Barrier Reef in Australia of course). Some claim it’s even the most beautiful, I can only support that thought (ehm yes I have not been to Australia yet, but up to now that’s the truth for me). I’ve been to Mexico twice in 2011 and within one of those trips I also went to Yucatán after graduating from high school and I loved it there! I’m so deeply fond of Mexico and its rich culture that I had to get back here a third time! (and probably some more times in the future.)
Those will be some intense five weeks in the Caribbean but a lot of fun as well – learning and deepening my knowledge and skills on diving has been itching me since I got certified in early 2010.
And I really want to travel around a bit and enjoy the great ancient cultures of the Mayans and others. I’ve been to the “most important” aka the most touristy sites, ruins and places before, but I want to revisit some of them and get a second look. I might also go to Belize for a couple of days, but I’m not sure yet. Guatemala too. Well everything too. 🙂
Apparently I talked about Mexico a lot to my friends, so one of my friends from uni (we also spend a semester together studying in Spain) will “come over” and see for herself why I love it so much. No plans yet, but we’ll see what we’ll do! (Plus she will be travelling much more through Mexico than I and I will not be joining her on all trips.)

Last stop on my two month trip to the Americas is the sunny state of Florida.
This stop, as well as the stopover in Canada, is a nice way to make the best of a flight route. Actually the cheapest flight route 🙂 When travelling from Austria to Mexico the cheapest way was stopping in Montreal (I had a specific direct flight from Montreal to Cancun in mind, which I didn’t book in the end). So I decided to stay a bit longer that a couple of hours in the airport and go see a bit of the huge country. Then again when travelling from Cancun, Mexico, which is a rather small airport back to Europe I have a fixed stop in Miami. The bells in my head rang – why? Friends from Venezuela moved to Miami only last summer and invited me. Got it? I’m so looking forward to seeing them again and talking some Venezuelan Spanish!
In Florida I’d love to visit the Keys and the Everglades Nationalpark as well as “The wizarding world of Harry Potter” – it’s a Harry Potter Theme Park in Orlando. And to top it off – there will be a very amazing short trip that I’ll tell you about later.

When I tell others of my plans for the summer I usually get this reaction:

Who am I travelling with?

SOLO 🙂 I love the freedom that comes with it – which doesn’t mean that I don’t like company either. Sometimes you need some time off to cool down and refill your energy and follow your heart. As you read a little bit above: Yes there will be some other people on the trip, but nobody will be with me during the whole journey. I know people in most places and I love meeting them up and grabbing a cup of coffee, but those are usually a few hours.

How will I survive this big summer thing?

I’ve thought of some things I wanted to do for a long time but never had or never quite took the time to do so. Here it goes:

What’s your plans for the summer? Any recommendations for my trip?

Let me know in the comments below, I love getting your feedback!