How did Viki Start Blogging? 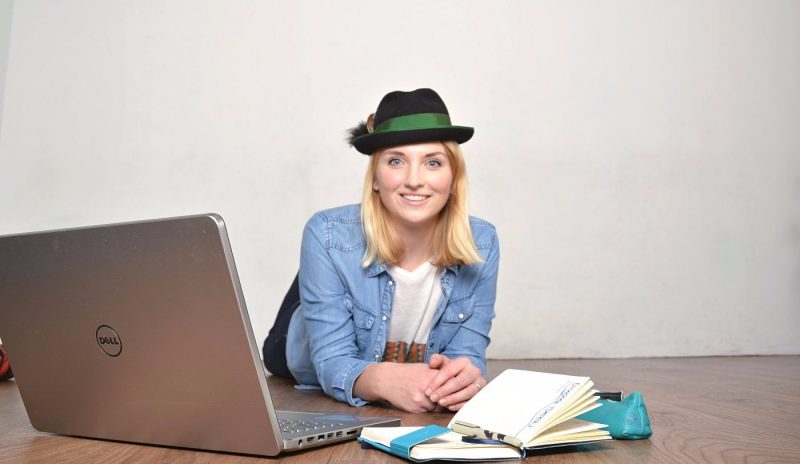 I had never planned a career as a travel or dive blogger. But I remember well that I had started to bring my ideas to paper as soon as I was able to hold a pen. This passion of juggling letters and words, moving them back and forth to bring them to life – yes, that’s exactly what it was and is what fascinates me about writing today. But was it all coincidence that I became a writer – or has it been a long time coming?

Writing | More than just a Hobby?!

Even in elementary school, I regularly wrote short stories and wannabe novels with a friend. We worked on plots for weeks, discussed ideas until we had to go home and spent more time writing than swapping Pokémon cards. Our stories were always praised by the teachers and it was highlighted how creative and skilled we were with using words.

I spent my pocket money on new books, always wished for more reading material for my birthday because I loved to learn new words and escape the real world to create my own.

Even later in high school I never lost my passion for writing. At some point, my German professor gave me an invitation to participate in a writing competition. I can’t remember the topic anymore, but I know that my article did not win. The jurors seemed to have liked my story enough because they invited me to attend a writing workshop in Deutschlandsberg.

On a weekend, I took the train to the city located in the west of Styria. I was a bit nervous because I didn’t know what to expect. It was paradise in my head: I could continue to ponder over my stories AND share them with others. What I did not know (and certainly was not ready for it) was that I would receive feedback on my writing skills. I was stunned and scared all the same time. I had never been given feedback before and my audience so far consisted of my life-sized stuffed dog Maxi.

15 other young writers and experienced authors judged my work: handkerchiefs were much needed as tears covered my young and inexperienced face. I wanted to burn my pens and paper and never write another word again.

The other participants were already familiar with the feedback process. I was the only newbie in the group, and so it seemed to me I was the only one making mistakes. At dinner, one of the other girls told me that her first time receiving feedback had been way worse than mine. I had really liked her stories that I heard during the day and this gave me hope.

After that I participated in other writing workshops, and developed my style and never stopped learning.

What happened then? The next year, my stories were even published and printed in my school’s yearbook.

I started my first blog when I was 16 during the summer holidays. My online diary was supposed to be my outlet for my time living in Venezuela as an exchange student. I don’t have any statistics for that page, but I’m sure it was only my family and especially my grandma who read it.

Many of the other exchange students had their own blogs. However and sadly, most of them lost interest after the first weeks. Even back then, I know that I wanted to continue it and write about my entire year there. So I did that. Sure, some of the posts read like this “I was in school today, not much has happened, and my Spanish is getting better”, but I kept on writing. Other posts were more emotional and full of love for Venezuela and the people around me.

Towards the end of my time in Venezuela, I found it increasingly difficult to write in German, as I hardly spoke any German anymore. Grammar started to shift in my head and soon I used Spanish grammar when trying to speak German.

I thought that the internet was my new playground. But after that year of blogging almost daily, I didn’t publish anything in the following two years (besides the odd post on Facebook).

During my bachelor studies, I spent the third and fourth semester in Spain. The old blog, however, remained where it was: buried. But I wanted to start writing again, and this time not just for my family and friends at home. Following many YouTube tutorials, I found a web host and registered the domain for this blog. Chronic Wanderlust was born. I kept writing regular updates. I still loved writing, but I had no idea where this blog would take me.

First Cooperation | It is Getting Serious!

After just one year, I received an invitation for a press trip. The fact that bloggers get invited to press trips or to review products for a blog – that was new territory for me. And so, after only a few weeks, I boarded a plane in Vienna and headed to Israel. Honestly, I had no idea what I was doing while I was there, but I think the work I delivered afterwards was pretty good and I learned so much from the other bloggers on the trip.

After I finished my bachelor’s degree, I took a break from studying for two years. During this time, I worked as a research assistant for 20 hours a week. All the other time, I dedicated to travelling and blogging about my travels. After less than two years, I had to register a business as more and more inquiries were landing in my inbox. I wanted to write more and more but really didn’t want to deal with things like taxes and insurances. Now I know that everything can be managed and that you can outsource much of it.

The biggest challenge until today is time management and keeping myself motivated. It’s not that I don’t love what I do, but working alone most of the time also has its downsides. During my studies it seemed all easier: I simply didn’t go out and party all night long. Instead, I wrote and created content. Did it bother me? Not at all, because writing was and is still more fulfilling than a full glass of beer will ever be.

I’m just getting started, and I’m willing to take big steps, learn and continue to get better. Would this blogging thing have worked without my passion for writing and strong desire for independence? Maybe not, but it definitely helped.