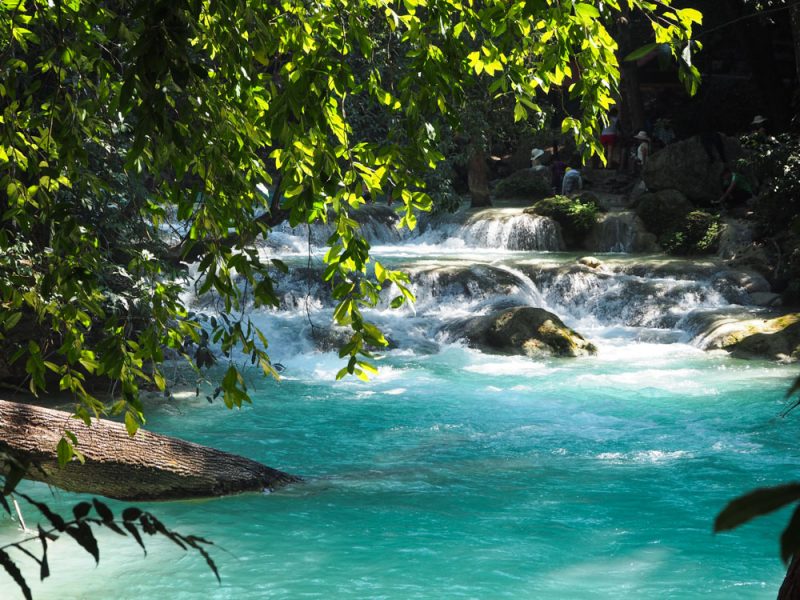 I challenge you to experience more of Mexico than only touristy spots  Cancun, Tulum or even Playa del Carmen. When you tell me you’ve been to Mexico and haven’t set a foot outside your resort, I shake my head and pity you.

I also challenge you to see more than those cruise ship towns like Cozumel. There is so much more to see in Mexico.

I shake my head in disbelief when you tell me that you were too afraid to leave the resort because of the drug cartels or being robbed.

I’ve had street food and I’ve had expensive food at fancy restaurants. Guess which of those gave me Moctezuma’s revenge (aka diarrhea)? None. Simply none.

Sure I’ve had food at some places that tasted better or worse than somewhere else but I’ve hardly had problems finding food that I like. It might have been a bit spicy. To avoid that, open your mouth and just ask. The locals are always happy to help out and suggest alternatives.

2. the country itself is a precious gem

Mexico is a land of dreams and a land for dreamers. It is a place so unique in every single way possible (and impossible) that you will be surprised every time you go.

After having travelled to Mexico seven times already it still manages to surprise me with details and things I haven’t visited yet. Every time I go I discover more and even more about the Mexican culture and their way of life.

Mexicans are the most generous people I’ve got to meet during my extensive travels around the world. They will touch your heart and you’ll never want to leave again.

I met Pepe in 2011 at the airport in Mexico City. I spent my last pesos on beers that we had before we boarded the plane to Germany. We’ve stayed in touch ever since. He knows me and I know him. I was so happy to see him marry his German love Lisa and I was even happier to hear the news about their son Diego! I went to Cologne last June and met up with them – what a great afternoon that was. Some of you may know that I had to stop my round the world trip last summer because my appendix was partying hard and I had to get surgery in Mexico City. Pepe then called a friend who lives on the other side of Mexico City (and if you know how big Mx City is, you know it can take several hours). This friend comes to visit me and brings me the most gorgeous and biggest flowers I have ever received! Pepe, I will always be in your debt! Mil gracias, amigo!

4. the endless and intriguing landscape

Mexico is not just palm trees and beaches. It is broad valley, high mountains, volcanos, jaw-dropping waterfalls, breathtaking coral formations, … the list goes on forever. I’d just like to show you a few photos and believe me, you’ll understand:

When I first saw a picture of those mysterious waterfalls I know that I had to come here. It took me some years to actually make it there, but when I finally made it, I was blown away. Not only by the waterfalls themselves, but also by the wide valleys and exhilerating views.

Turquoise waters, natural pools, waterfalls that drop 120 metres. Take your time to walk up to the waterfall that is named Velo de Novia (bride’s veil). Everything is lush green and the color of the water is inviting. Take your bathing suit and refresh yourself in the natural pools while enjoying a fresh pineapple.

5. the bustling and colourful cities

Mexico City, Oaxaca City and Puebla are my most favourite cities in Mexico. All of them have this vibe, this magic that touches you when you stroll through the streets, they have what it takes to be worth visited several times. They belong the that exclusive list of cities that you are happy to have visited and sad that you have to leave behind.

… is full of life and passion. Endless possibilities and I promise you won’t get bored. Ever.

… is only 2 hours from Mexico City by bus. Stroll through the colorful colonial streets, get lost and find yourself. My favourite spot is the rooftop terrace of Museo Amparo. The unique view over the city is the greatest reward!

… found in the very heart of the state of Oaxaca. It’s true treasue is the Oaxaca cheese, a type of string cheese that is similar to mozarella cheese. The city is one of those that you can spend not only days or weeks, but months and years. It is an oasis.

Mayas, Aztecs, Olmecs, Toltecs, Zapotecs, Mixtecs, … all of them geniuses. They knew how to build large cities and how to maintain those. They knew how to read the stars and the position of the sun. They built temples beyond measure and beyond our comprehension. We know a lot about them, but not everything. The ball courts and the game itself still remains partially in secrets.

… located in the centre of Mexico City, you’ll find the the ancient ruins of Templo Mayor which translates to “big temple”. It was the biggest and most important temple of the Aztec city Tenochtitlán, what we know as Mexico City today.

… only a short ride from Valladolid downtown you’ll find an archeological site that not many know. Ek Balam seems to be the black sheep amongs the Mayan temples, but is a real treasure. Most other Mayan sites such as Chichen Itzá, Cobá or Tulum are crowded during most times of the year, but Ek Balam will be rather abandonned. I’m NOT saying you will be the only visitors, but it is a lot calmer and you can climb all of the temples and building which makes it just so much more fun.

… is the dream of many travellers. At least it was the one spot that I wanted to visit for a long time and when I visited a few month back I was simply blown away by its beauty and greatness. Start your exploration early in the morning to avoid groups and take your time to sit and stare in wonder.

7. the variety of activities

So please, do me a favour and get out of your resort and discover Mexico’s beauty and fall for it completely. It will change you and your life. Believe me!